Welcome to Aleph Coin Blog (Circulated Silver & Gold Coins in The Northern Malay States - Kedah, Perlis & Penang - Circa 1600 until 1957). This blog will preview my current collection or new information of coins that will later be added into my on-going project (that I am doing independently, due to my interest in History and Numismatic). I might be adding information of other coin and banknote that I came across. I am looking forward and much appreciated if someone can come to give information, sharing knowledge, sample of coins into making this project a reality. I also receive support from Dr Ibrahim Baker (a medical doctor, who has so much interest in Malay coins) and Dr Mahani Musa (expert in Penang's history, USM lecturer). Should you have information to relay, don't hesitate to contact me at msah83@gmail.com - Together, we work to preserving our history... 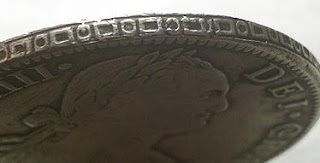 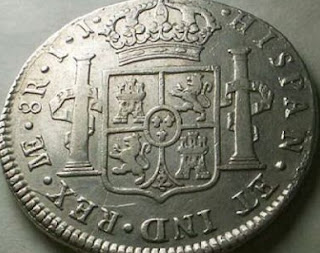 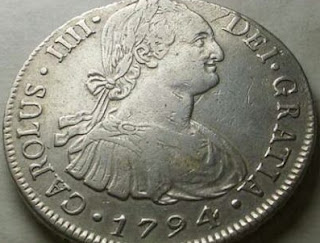 The bust image is Charles IV of Spain, and the exergue is 1798, not 1794 as shown. It is one of my most valuable coin to date. Minted in Mexico City.
This coin used to circulate in Peninsular, especially northern state - Pattani, Perlis, Kedah, Kelantan and Penang - and known as "Rial", taken from its real name - "8 Reales". It is the official currency of the world at that time, and accepted by almost every government.

(I have spend money from my salary to pay for this, quite expensive!)

Aleph Prime
Idrewoods' Mansion, Lettsome Settlements, British Virgin Islands
I am a mathematian but now working as a software engineer, not much to tell about myself here, but this blog will apprehend things that I wish to share...